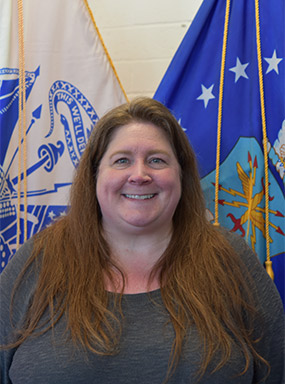 Stevie Parseghian is an Office Specialist III with the Santa Clara County. She started with the County in 2016 and in 2019 promoted to the Veterans Services Office. She loves knowing how much the Veterans Services Office assists Veterans. She feels being in this role is very rewarding and a job that she enjoys doing every day. She was born and raised in Santa Clara and still resides with her husband of 18 years. She enjoys camping, fishing, movies, the Oakland A's and trips to Disneyland!

Lisa Moreno started working for Santa Clara County as a Medical Unit Clerk for Valley Medical Center for 14 years. She started working at the Veteran Services Office as an Office Specialist III in 2013. She truly enjoyed her position at the VSO and especially working with veterans. She eventually became a Veteran Services Representative and has since been promoted to Lead VSR II. Her father is a Vietnam Veteran and the reason why she is so passionate about the work she does at the VSO assisting veterans any way she can. When she is not working, she enjoys spending quality time with family and friends. She enjoys camping, shopping, and going on vacations with the family, especially to Disneyland.

Richard Vega joined our team in November of 2017. Born and raised on the eastside of San Jose, he attended James Lick High School and graduated in 1999. Richard enlisted in the U.S. Marines from 2000-2004 serving twice in Iraq in Operation Enduring Freedom and Operation Iraqi Freedom I & II Campaigns. While deployed Richard participated in Joint Coalition Forces Operations in the Al Anbar Province in Iraq. Richard is passionate about assisting veterans and their families in many ways, including answering questions, advising, and educating individuals and groups on what benefits are available from federal, state, county, and local resources. When not assisting Veterans and their families, Richard likes to spend quality time with his three children. 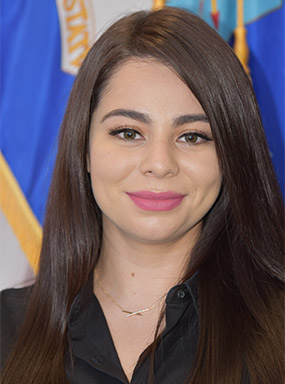 Kiara Araujo joined the Veteran Services Team in, October 2018. Prior to coming the to the County of Santa Clara, Kiara worked as a Veterans Resource Specialist at De Anza College. As a school certifying official, Kiara learned how difficult it can be to navigate the VA. Hearing Veteran Students talk about claims and the challenges they faced with the VA inspired her to change career paths and become a VSR in order to do more. Kiara holds a bachelor's degree in Sociology and Criminal Justice, and wishes to purse a Master's Degree in the future.

Darlyn Escalante Joined the County in 2019. Darlyn is a veteran of the US Air Force. Prior to working at the Veterans Services Office, Darlyn was employed by the Veteran Administration Hospital in Palo Alto as an Advanced Medical Support for the Audiology and Speech Pathology Service and a Social Work Assistant for the Suicide Prevention Program. Darlyn passion to help the Veteran community was ignited working at the VA Hospital. Working alongside veterans and assisting veterans felt home to her and she knew right away this is what she wanted to do. It is both rewarding and humbling to be working at the VSO and she is grateful to be a part of the team. In her spare time, she enjoys cooking, vacationing, and spending quality time with her family. She loves the outdoors, whether it is camping, fishing, or long trips to the mountains, and enjoys and appreciates discovering the wonders of nature. 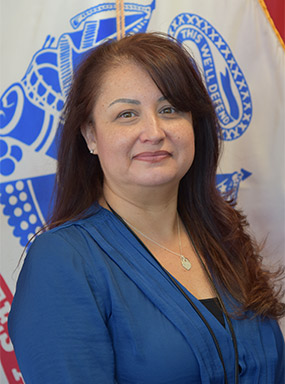 Sofia Munoz joined the Veterans Services Office in 2019 as a Veteran Services Representative with Santa Clara County. Sofia served in the Army from 1990-1998. Her basic training and AIT were at Ft. Jackson, South Carolina. Her permanent duty station was Oakland Army Base. Prior to becoming a Veteran Services Representative, Sofia was completely uninformed of her own benefits as a veteran of the United States Army. Her personal goal to help veterans of the Armed Forces to achieve a clear understanding of their benefits. Sofia resides in San Jose and has a daughter who is also a county employee. She has several family members who are veterans, three of which are combat veterans.

Attila Csernely joined Santa Clara County in 2004 after being discharged from the Marines. Attila later joined the Veterans Services Office in September 2019. Attila personal goal is to help veterans navigate through the benefit process. Attila looks forward to retiring from the County and enjoy life.

Michael is an Army Veteran who has deployed to Afghanistan. He lives in Hollister and has been helping veterans since October of 2015. He started in San Benito County at the Veterans Services Office until July of 2019, where he then started working for Santa Clara County. He has a wife and three children, with one blessing on his way. He enjoys going out with his family and being very family oriented. His goal is to help veterans get access to benefits that they are entitled to and helping them understand the process of filing for benefits and giving them resources to better assist the veteran.

Thomas Young served in the United States Army where he proudly served at Arlington National Cemetery in the 3rd Infantry Regiment. This unit, known as the Old Guard, is the regiment that stands vigil at Arlington's Tomb of the Unknowns and serves as the U.S. Army's main ceremonial unit. Thomas has been a Veteran Service Representative at Santa Clara County since October of 2018.